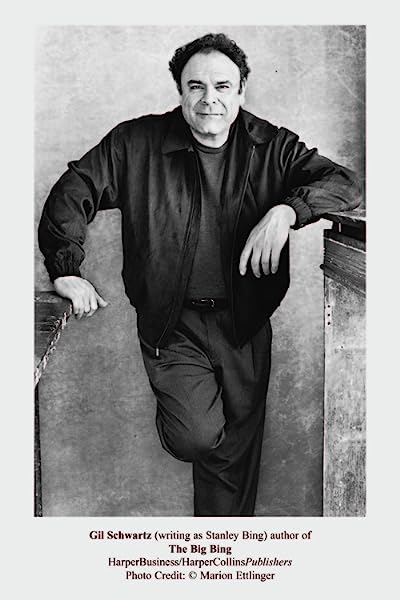 10 Books Your Boss Doesn't Want You to Read

Pocket Books. What Would Machiavelli Do? The Ends Justify the Meanness. Rome, Inc. And How to Get Them. Crazy Bosses: Fully Revised and Updated.


Novels Lloyd: What Happened. In the years to come, Bing continued to appear as Schwartz in business settings, but published primarily under his pseudonym. The book was illustrated by Steve Brodner. Illustrated with color PowerPoint graphics, the book includes a core and advanced curriculum, as well as tutorials and electives, with subjects such as "not appearing stupid", "insensitivity training", and "Town Car management".

Today, Stanley Bing continues to write the back page for Fortune magazine, [25] while as Schwartz holding down a similar post at Men's Health , writing a word column reminiscent of his earlier work at Esquire. Too often for it to be a coincidence, or some ailment that afflicts only my friends, I have seen mildly neurotic—that is, normal—individuals transformed by the pressure of office and title into something new and not altogether better. But don't take it from me. There's objective evidence as well. One need only look at some of the great, stupid mergers of recent years, or the sudden deconstruction of once-functional, marginally sane organizations by ceaseless reengineering, to see people driven crazy by their own business decisions.

Think Time Warner being acquired by a bunch of bozos who thought they had all the answers. Think Madison Avenue during the years of ugly consolidation, when every creative little shop sold itself to one oligarch or another. To work for such companies was to go insane, and if you went insane enough you had just a chance to survive and prosper.

Only the hopeful, the entirely rational, were doomed. There are many ways that the world can drive a person crazy. Love can do it. And the constant destabilization of the working environment one must live within in order to earn money. This can peel an individual away, leaving nothing left but a small, smoking nugget deep in the limbic region.

I can tell youwhat it's like to have your working world turned upside down every couple of years. At about the time I started, the first wave of moronic dealmania hit, and you had to be able to hold on to your ass with both hands just to remember where to find your chair. On one day at the height of this nonsense, when I'd been at the game for just a couple of years, nineteen major mergers showed up on my newswire—nineteen in one day!

Consider the number of people involved. Imagine the paranoia. The despair.

The betrayals both large and small. Was it, perhaps, an unusual day? The next day, when I once again entered the command "Search: Mergers" in the database there was no Google then, you know , I came up with no fewer than thirty more pending mergers, acquisitions, friendly and unfriendly takeovers, and other changes of management. Two small chemical labs were bought by a manufacturer supplying specialty niche products for a wide variety of industries. Physician's Reimbursement Services, offering health-care services mostly in third-party insurance claims, bought Professional Management Associates, a health-care consulting service mostly in Louisiana.

And so on, and on. Take, for example, the single, albeit long and distinguished, career of that great fomenter of imposed change and organizational chaos, Ron Perelman, who came to our attention in the late s with a cornucopia of wealth creation for the very few. I don't think it's unfair to say that through-out this amazing run that extends over more than twenty-five years, Perelman has been a model of the genre—creating tons of money for himself while sowing a shitstorm of chaos within the organizations he manages.

Today, one can see him at Michael's and Nobu, looking slender and hot, doing great, leaving a bevy of beautiful, angry women in his wake. What a dude! Deals, deals, and more deals. Huge sums of money rocketing across hardwood tables. Enormous wealth. Devastation of existing corporate governments.